I visited the Bay Area Book Festival on Sunday, attending two sessions devoted to speculative literature. The earlier session, "Cataclysm or Cure-all: Novelists Engage with the Promises and Perils of Our Tech Future," featured four writers whose work straddles the line between literary and speculative fiction.

Vauhini Vara is a tech reporter for the Wall Street Journal, but in parallel has worked on her debut novel, The Immortal King Rao, for thirteen years. It's about a Dalit CEO in a dystopian state where citizens are shareholders. She also co-wrote an essay with GPT-3 on grief.

Claire Stanford has somewhat of an outsider's perspective on the tech world, and her novel, Happy For You, explores why so many talented people expend their efforts in the tech industry. Her main character is a philosopher-in-residence at a tech company, creating a quantification-of-happiness app called "Joyful."

Kate Folk published a short story collection, Out There, featuring fuckboybots who shake up the dating game for fun and profit before disappearing into a cloud of lavender smoke.

James Kennedy badly miscalculated his BART timings, but arrived just in time. He had deeply read his co-panelists' work and engaged on it with them in a great way. His novel, Dare to Know, is about tech that can tell you the date and time of your death, and he is a former programmer.

The panelists engaged on topics like speculative fiction's relationship to myth and religion--we use tech to make meaning and live on via our digital footprint--and is tech good or bad? Surprisingly, it was our less-tech-friendly panelist, Claire, who came down on the more positive side of things, positing that tech is neutral but we can choose how best to apply it. Everyone else on the panel was much more negative. Our tools change us (strictly understood as a bad thing?) and capitalism and tech are intertwined and hurtling us toward climate disaster (not wrong, but grim!).

The other session I attended was about Science Fiction and searching for hope. It featured Charlie Jane Anders who wrote All the Birds in the Sky which I absolutely loved, Mike Chen from whom I've read and enjoyed We Could Be Heroes and A Beginning at the End, and John Scalzi who has not only written a fuckton of books, as one of the best Twitter accounts around.

They were funny and engaging while extolling the virtues of Legends of Tomorrow, using science fiction to deal with the nonsensicalness of our current reality, and how the diversity of voices in modern science fiction should give us some hope for our own future. I was unable to wait for a signing (my family's Mother's-Day-augmented patience only stretches so far), but my friends who were told me how gracious and kind all three authors were.

And since I cannot abide listening to authors talk about their stories for an hour and not then experiencing said stories, my TBR shelf is groaning and threatening to separate itself from the wall. 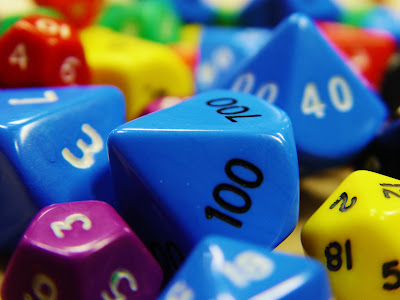 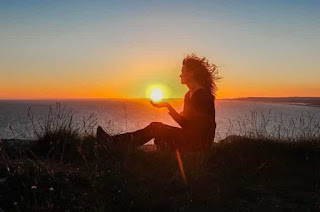